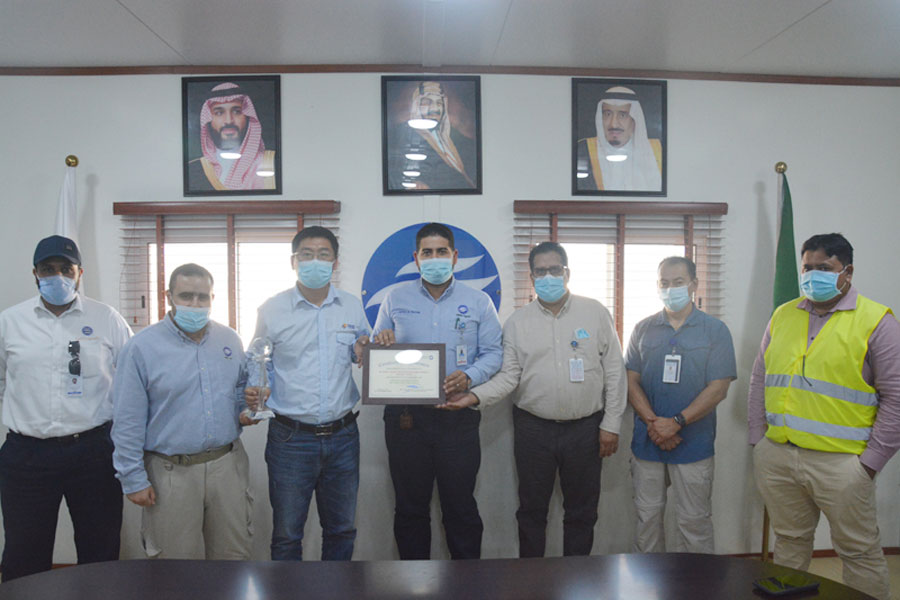 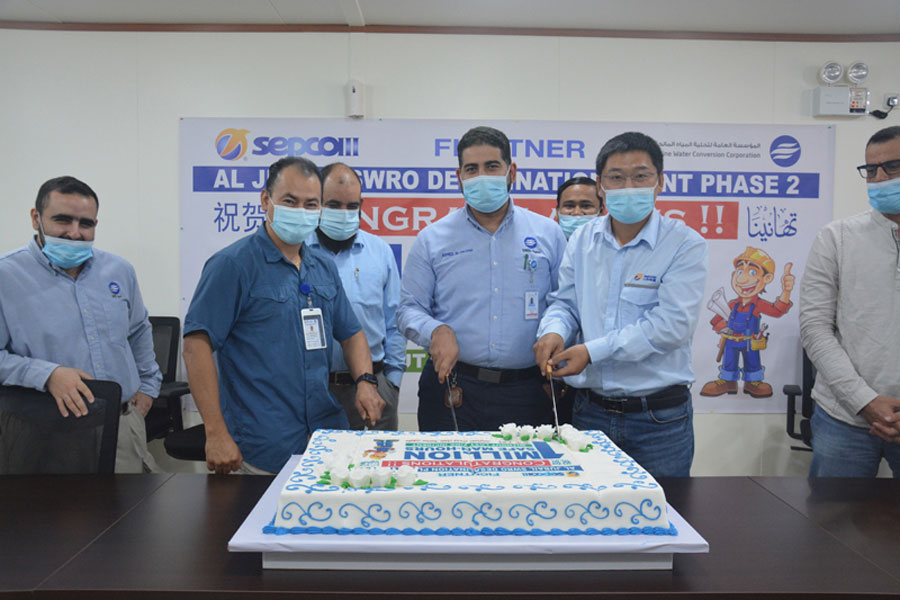 In the afternoon of November 12, SWCC, the owner of Jubail II desalination project in Saudi Arabia, organized a celebration of one million safe man-hours. The senior management of the owner and supervisor, project team, HSE department and relevant managers of participating subcontractors attended the event.

During the event, Mr. Ahmad Aldwimr, PD of the owner, commented highly on the HSE management work of the project and expressed his sincere gratitude to the project team for their achievements and hoped that the project team would keep up the good momentum and break the safety production record. Afterwards, on behalf of SWCC, he presented the trophy and the certificate of 1,000,000 safe man-hours and to the SEPCOIII project team.