At 8:40 a.m. on January 14, 2023, the lifting of the sixth floor wall panel of the hot molten salt tank of the South African Redstone project was completed, marking another milestone in the installation of the molten salt tank of the Redstone project. The total weight of the roof and wall panels is about 296 tons, and 35 hydraulic jacks are evenly arranged. In order to en... 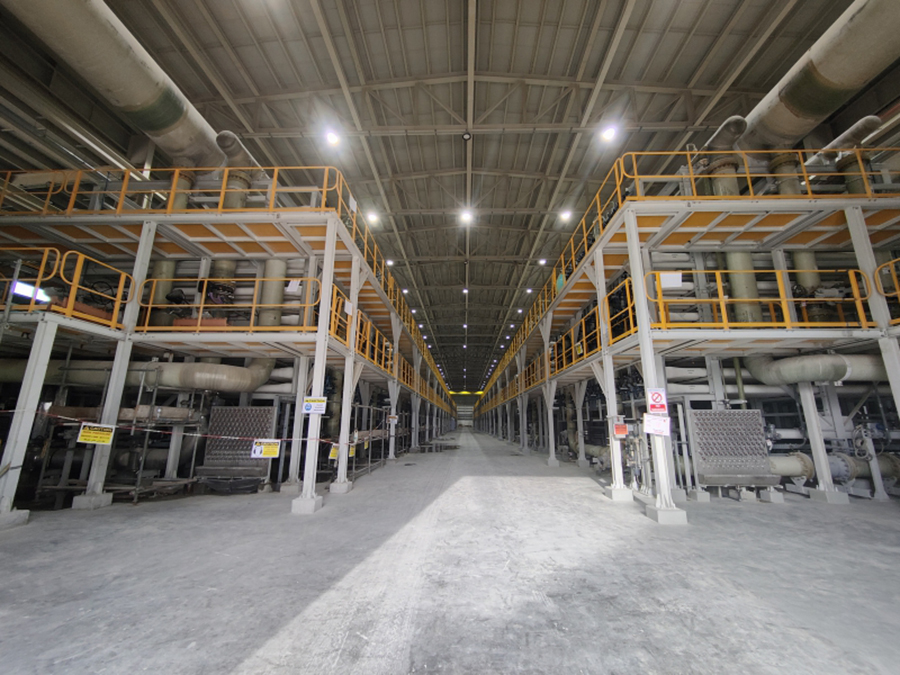 At 7:30 on December 31 local time, the Saudi Arabia Jubail Phase II Project realized full load operation for the first time, with a water production flow of 16700m ³/ h,breaking through the contract item of water yield 400000m ³/ Day, all parameters of the unit are stable and the water quality is qualified. Which is another significant achievement realized by Pro...

At 08:16 on December 20, 2022, with the command of the lifting commander, the 60t tower crane carried the first crane of the steel structure of the light tower stairwell for formal lifting. From lifting, positioning and unhooking, the whole process was smooth and coherent, marking a new node for the light tower construction of the South African Red Stone Solar Thermal Proj...


Back to Home Page